Our Aims, Vision and Ethos 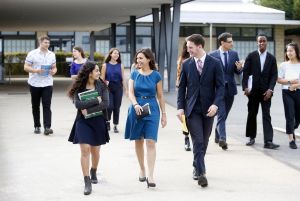 The Wren Sixth Form is based upon the belief that all of our students can succeed and that, in partnership, students and the school can help all young people reach their full potential.  We recognise that academic achievement is the most fundamental aspect of any successful Sixth Form and so we place great emphasis on the quality of post 16 lessons and in supporting students with their private study.  We have two dedicated Sixth Form Learning Mentors whose role is to support students in their studies.

We also recognise the importance of the wider learning environment.  Sixth formers at Wren are provided with a high quality Library and plenty of study facilities.  An atmosphere of self reliance, curiosity and hard work is encouraged.  In the Sixth Form we aim to achieve a 'pre-university' atmosphere.  Students are supported in thinking about and planning for their futures beyond school with comprehensive university application and careers support programmes.

It is also important to develop young people’s wider skills and personality during their time in the Sixth Form.  All students are given the opportunity to engage in sports and exercise and to carry out work in the local community. 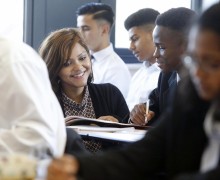 The emphasis on good behaviour, responsibility and mutual support between students found lower down the Academy is continued into the Sixth Form.  Sixth formers are encouraged to work with and support younger students in tutorials and sometimes in their lessons.  Sixth formers are also given the opportunity to work with primary students to increase the bond between the primary and secondary phases.  There is a Sixth Form Committee which organises charitable events and provides leadership to students throughout the Academy.  We also have Head Students who provide exemplary role models within the Academy as well as representing Wren at parents’ consultation evenings and external functions.

We recognise the importance of high expectations in the Sixth Form and expect even better standards than we have elsewhere in the school.  Sixth formers are expected to set an example in their behaviour, manners and through the Sixth Form Dress Code which requires students to dress in smart business clothes.  We believe these expectations make sure that our sixth formers set the best example to younger students and also that they learn to conduct themselves in a manner becoming to successful and courteous young adults. 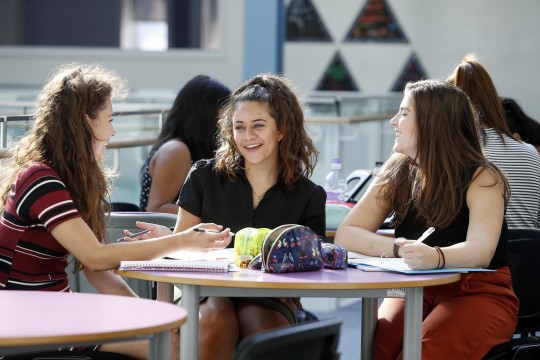